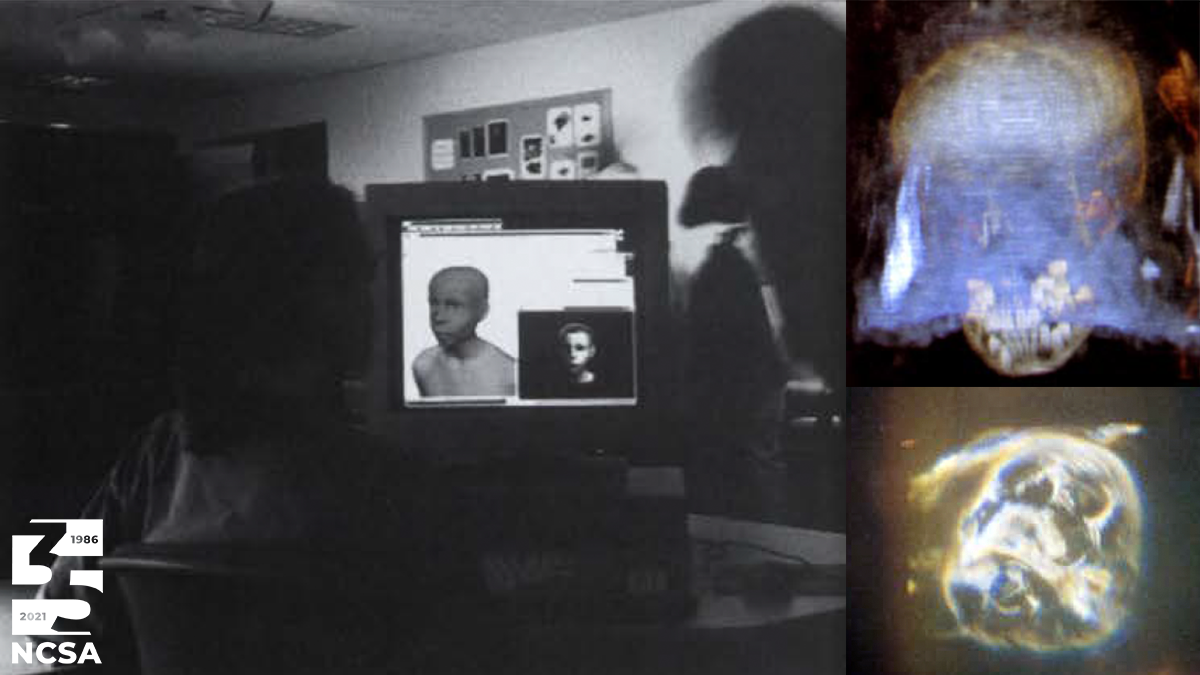 Mummies don’t make their way to Central Illinois that often; when one does, you hate to destroy it while unraveling its secrets. The University of Illinois’ World Heritage Museum received a donated Egyptian mummy in 1989. An interdisciplinary team, including NCSA, then worked to better understand the mummification process and to determine the mummy’s age, sex, medical history, and cause of death.

Two-dimensional CT scans were taken at Carle Hospital in Urbana. David Lawrence, a visiting professor at NCSA at the time, then used the center’s Cray-2 and CM-2 to construct 3D volumetric renderings from these 2D slices. The rotation 3D video images provided an in-depth view of the head and torso beneath the mummy’s wrappings. NCSA research programmer Clint Potter, now the president of NanoImaging Services, wrote imaging software called VIEWIT for the reconstruction on the Cray-2. Rachel Brady, now at Duke University, augmented VIEWIT for use on the CM-2.

Because the mummy still had its internal organs, the team inferred that the mummified person was from the Roman occupation of Egypt around 2,000 years ago. Carbon dating later confirmed this assumption. The body was thought to be that of a 7- to 9-year old.