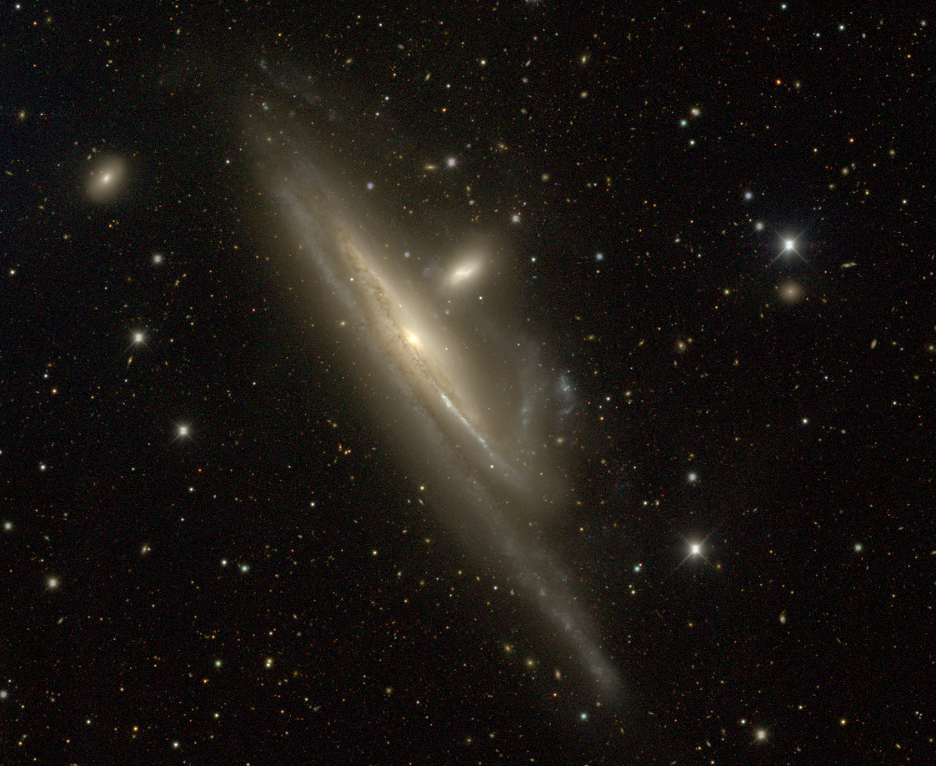 Additional catalogs of galaxies and stars derived from the first three years of data collected by the Dark Energy Survey have been released. Astronomers and astronomy buffs can download DES data from the website at NCSA, which manages the processing, calibration and archiving of all images taken for the Dark Energy Survey.

This latest catalog is an informal release of data that supports some of the latest papers the DES collaboration has produced. This catalog supports the work of over 400 scientists on three continents.

Across six years (2013 – 2019), the DES collaboration used more than 100 nights of observation per year to carry out a deep, wide-area survey to record information from hundreds of millions of galaxies billions of light-years from Earth. The survey imaged 5000-square degrees of the Southern Hemisphere sky in five optical filters to obtain detailed information about each galaxy. A fraction of the survey time was used to observe smaller patches of sky roughly once a week to discover and study thousands of supernovae and other astrophysical transients.

The catalogs contain information for more than 390 million astrophysical sources, most of them corresponding to galaxies. This information was processed and extracted at NCSA from observations taken by the Dark Energy Camera (DECam) imager, a 570 Megapixel CCD camera installed at the prime focus on the Blanco 4m telescope at the Cerro Tololo Interamerican Observatory in northern Chile.

DES makes its data public in two ways. In addition to making reduced DECam images available from the National Optical Astronomy Observatory a year after they were taken, DES has also produced several public data releases. The first official release, DR1, was released in 2018 and covers data products derived from wide-area survey observations taken in the first three years of science operation from August 2013 to February 2016. The second official release, DR2, was released in 2021 and corresponds to the full six years of operations for the wide survey.

The Dark Energy Survey is an international, collaborative effort to map hundreds of millions of galaxies, detect thousands of supernovae and find patterns of cosmic structure that will reveal the nature of the mysterious dark energy that’s accelerating the expansion of our Universe. Over six years (2013 – 2019), the DES collaboration used over 100 nights of observation per year to carry out a deep, wide-area survey to record information from 300 million galaxies that are billions of light-years from Earth, DES surveyed and recorded information from 300 million galaxies billions of light-years from Earth, as well as discovered and analyzed thousands of supernovae and other astrophysical transients. More than 400 scientists from over 25 institutions in the United States, Spain, the United Kingdom, Brazil, Germany, Switzerland, and Australia are working on the project. The National Center for Supercomputing Applications processes data for DES in conjunction with data scientists at Fermilab.