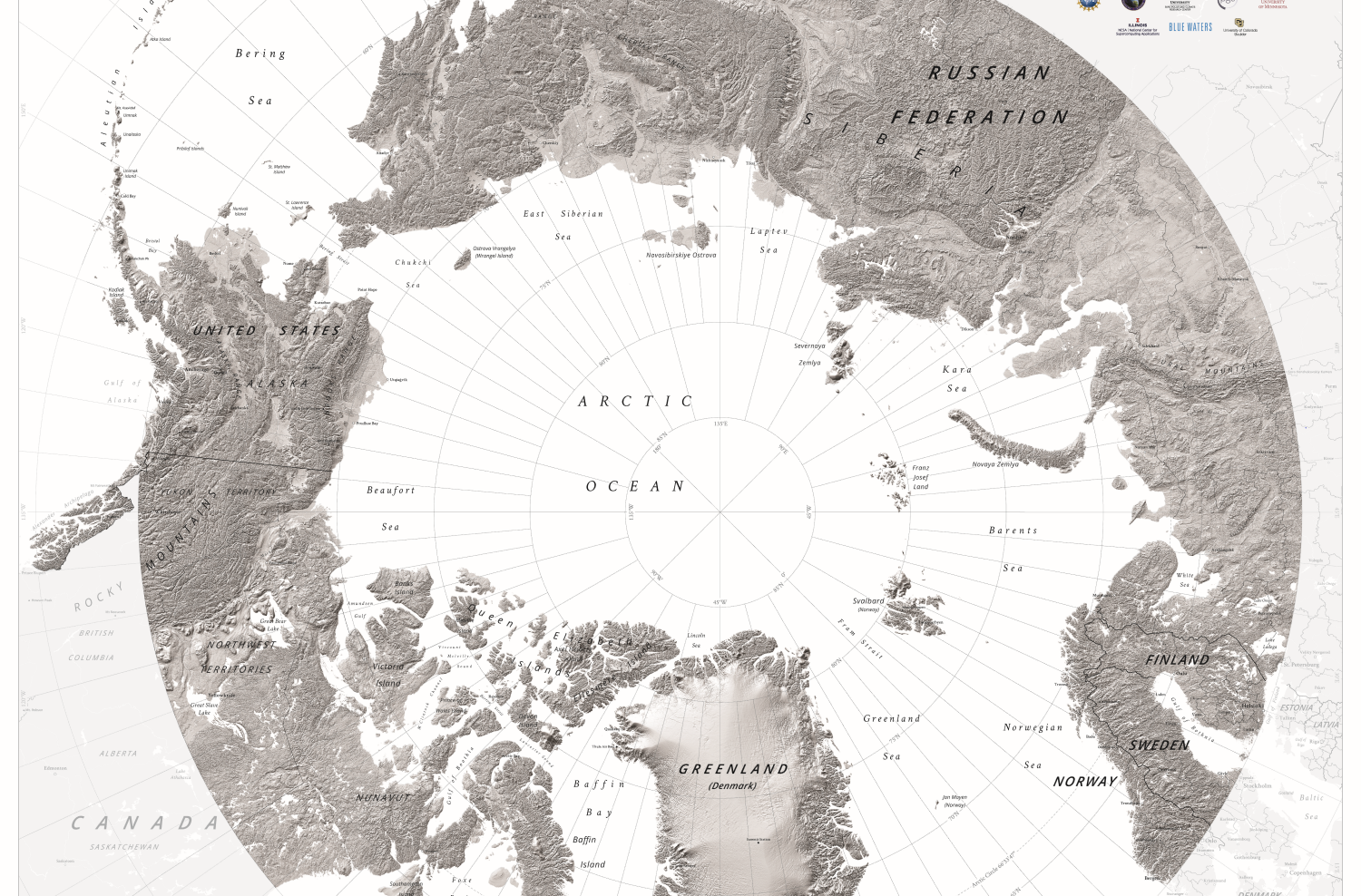 The National Center for Supercomputing Applications (NCSA) at the University of Illinois Urbana-Champaign has announced a new collaboration between the Blue Waters Project, the National Geospatial-Intelligence Agency (NGA), the University of Minnesota and The Ohio State University to produce digital elevation models (DEM) of the entire Earth, among other geospatial research projects.

The collaboration, which is proceeding with an initial $11.1 million in funding from the NGA through the National Science Foundation (NSF) for one year, will make Blue Waters the most powerful dedicated, non-classified geospatial system in the world, capable of bringing unprecedented speed and efficiency to global mapping, and fundamentally changing the way humans view the Earth. This collaboration will be a continuation of the existing Blue Waters machine and will leverage the Blue Waters Project’s domain expertise in optimizing workflows, applications, and complex data analysis, The Ohio State University’s programming domain expertise, and the University of Minnesota’s data flow domain expertise.

We’re very excited to announce this relationship with NGA. This is the beginning of building a long-term strategic relationship between NGA and the University of Illinois, centered on high-performance computing and data analysis. The Blue Waters collaboration is the first of what we anticipate will be many years of research collaborations between NGA and Illinois faculty as well as NCSA.

“The NGA is one of the primary organizations whose mission is to keep the United States secure and safe,” said Bill Kramer, Blue Waters director at NCSA and research professor at Illinois’s Department of Computer Science. “They are pioneering new methods to understand the surface of our planet with advanced remote-sensing technology.”

The first major project between the NGA and NCSA will be EarthDEM, a follow-up to the very successful ArcticDEM project, which was conducted on Blue Waters by the Polar Geospatial Center at the University of Minnesota. Now, with the help of Blue Waters and the NGA, EarthDEM seeks to apply the same mapping and data processing techniques to the rest of the Earth, producing planet-wide DEM data sets. Once completed, these elevation models will be available to the public and have applications in areas that directly benefit society, from community planning to water resources, landslide, and seismic activity assessments.

EarthDEM and the data processed on Blue Waters will allow researchers a path to assess various research areas where major geological changes are occurring, no matter how remote the region, but what’s more, it will begin to create an ecosystem where geospatial modeling can be done quickly, efficiently and repeatedly.

ArcticDEM was spurred by a 2015 Presidential Executive Order, bringing together researchers from The Ohio State University and the University of Minnesota. They used Blue Waters to interpret over 187,000 satellite images, ultimately taking these raw data, processing them, and producing the first-ever publicly available high-resolution digital elevation models of the entire Arctic. Furthermore, this collaboration expanded on ArcticDEM by performing the same process in the Antarctic, resulting in Reference Elevation Model of Antarctica (REMA), also publicly available.

“ArcticDEM and REMA really showed what’s possible, taking the poles from the worst to the best mapped regions of Earth,” said Ian Howat, Director of Ohio State’s Byrd Polar and Climate Research Center. “With EarthDEM, we will take this transformative new capability to where most of us live, to cities and coastlines, that will directly impact their lives.”

In turn, this research has allowed scientists to accurately track changes in the Arctic and Antarctic landscape and environment, which helps to quantify a changing landscape in one of the most remote and scientifically impactful regions of Earth.

“This agreement between NSF and NGA provides processing power that never before has been applied to geospatial data. The production of EarthDEM will change the way we see and measure the Earth’s surface,” said Paul Morin, Director of the Polar Geospatial Center at the University of Minnesota. “The continued operation of Blue Waters brings the dream of a global high-resolution digital surface model closer to reality.”

Because of the importance and utility of these data sets, this new collaboration seeks to build and refine the pipeline for producing digital elevation models, leveraging different skills to greatly cut down on the time and cost to produce this impactful data.

“In the past three and a half years, the ability to create production-quality digital elevation models from satellite data has revolutionized the way highly accurate maps can be created, and with this collaboration we hope to build on that progress even further,” concluded Kramer.

Learn more about NCSA’s collaboration with the ArcticDEM project: