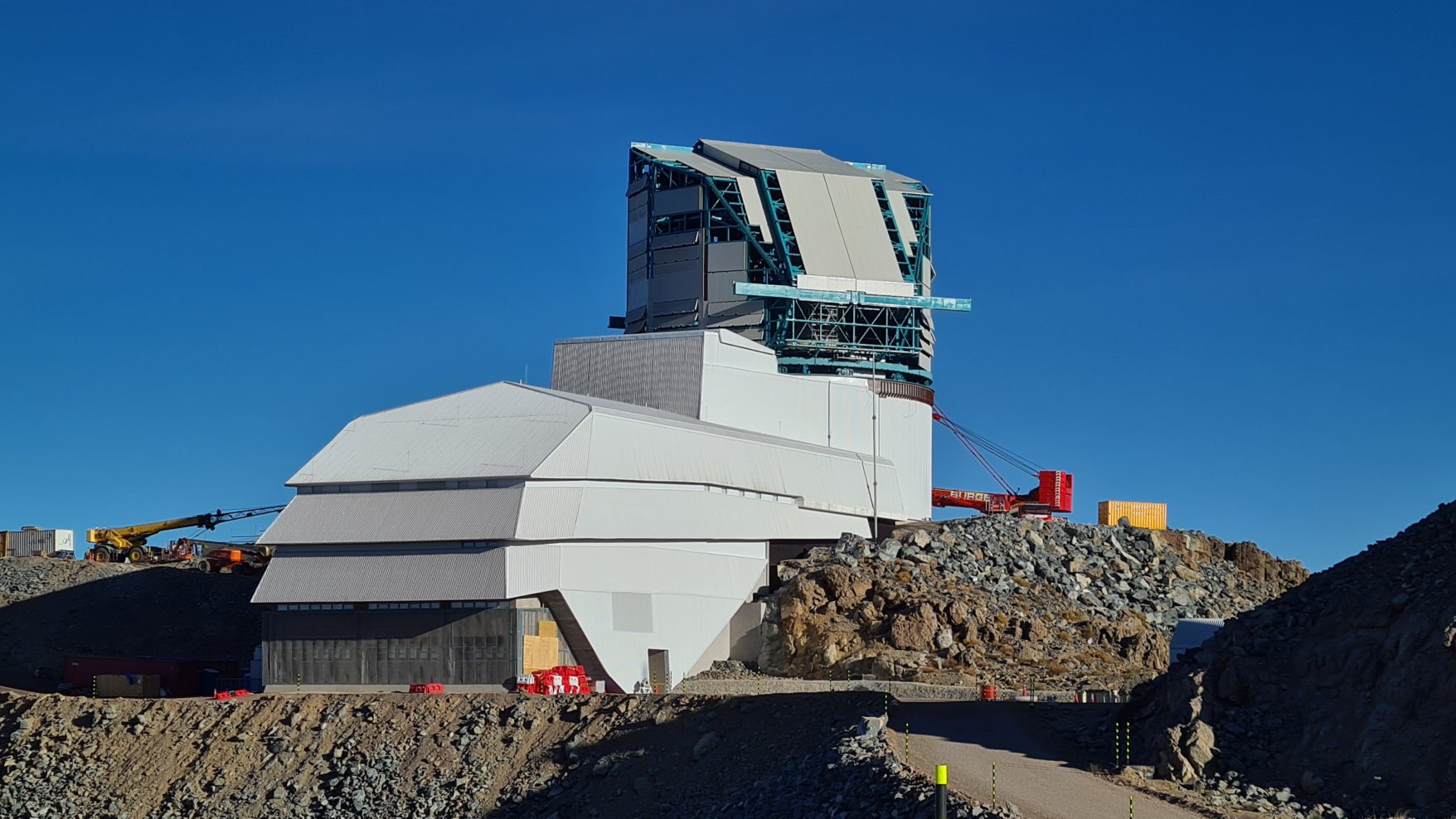 Four staff members from the National Center for Supercomputing Applications (NCSA) at the University of Illinois at Urbana-Champaign got the chance to spend a week in La Serena, Chile, this summer, including a day and night spent on an Andean summit. The team traveled over 24 hours to Chile to work on the configuration and setup of local servers for the upcoming Large Synoptic Survey Telescope (LSST) project and also got to take in the beautiful surroundings of the La Serena area.

Before departing for the South American country, it was known that security and network engineering expertise were needed for the trip to construct the environment for the equipment involved. Kay Avila (senior security engineer), Andy Loftus (senior system engineer), Corey Eichelberger (network engineer), and Leandro Avila (senior security engineer) came together to carry out the installation of servers responsible for securing the astronomical data, of which 20 TB of which will be transferred to NCSA on a nightly basis.

For a week in late August, the team split their time between the base data center and a summit in the Andes, in an area known as Cerro Pachón, with an altitude of 2,715 meters (almost 9,000 feet) above sea level. Due to the elevation, the dry climate, and little cloud cover this area makes a great location for optical sky research.

This makes the Andean peaks, which cross the Atacama Desert, a terrestrial hub for looking deep into the night sky, teeming with research projects that are seeking to understand more about they sky and space. During the group’s downtime, for example, they got to check out two other telescopes at the summit, SOAR and Gemini.

At the base data center, the four staffers carefully made changes to previously installed NCSA equipment and installed new servers that had been shipped down to Chile. The highlight of the week, however, was the work that required a trip to Cerro Pachón. “[We] took a trip to the summit to review the summit data center and reviewed the cabling and setup for the security equipment on the summit,” said Kay Avila.

The mountaintop features a hotel for the researchers that frequently travel to and from the summit. Getting up to that highpoint, however, was no easy feat. The site has strict rules for what times of day one can go up the mountain due to the high traffic from people coming down in the afternoon combined with the narrow road. “We were delayed at the gate for about an hour before we even could drive up to the summit and after you start going it’s close to a two hour drive,” said Avila. “Going down was a lot quicker than going up,” said Corey Eichelberger.

“We were surprised by the light pollution from La Serena,” added Avila. Rules are so strict that the summit hotel had specific rules on when guests could have the hallway lights on, as to not disrupt the critical work at hand. “We assumed different people would be waking up at various hours and working, that was different from a normal hotel,” said Avila.

It’s a once in a lifetime opportunity to see the night sky while sitting upon a mountaintop. Loftus, Eichelberger, and the Avilas found themselves basking in the moonlight and capturing photos of the sky to remember the experience.

But even through all this activity, the night sky remains the main attraction for visitors to the mountain. At every hour of the night, various groups of astronomers and engineers can be found working on a plethora of projects, ranging from groundbreaking research to monitoring networks and addressing cyberinfrastructure problems, respectively, all because of this amazing location, one of the most important in the world for looking beyond Earth.