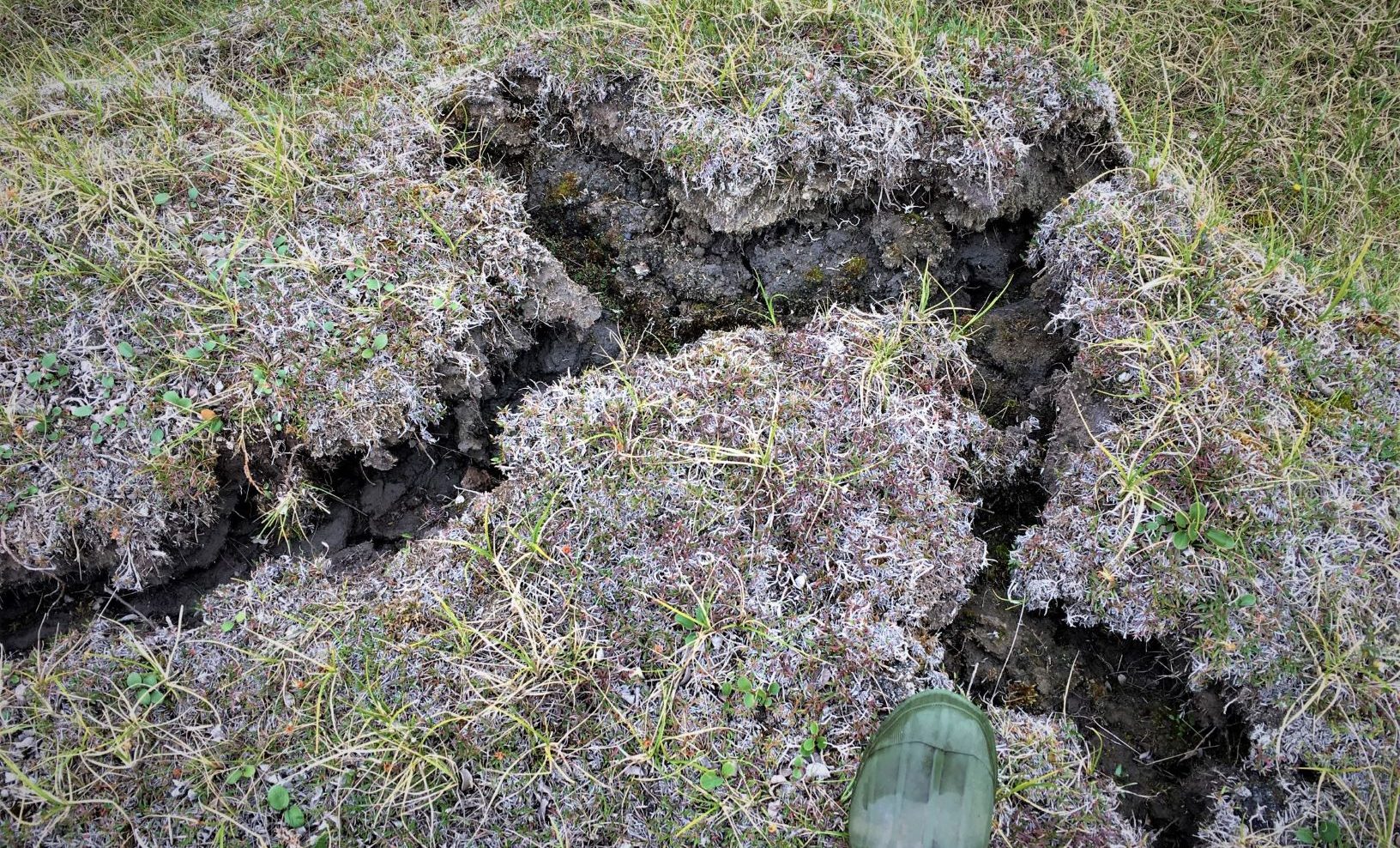 Cracks form in tundra soils as the surrounding ground collapses due to melting of underlying ice wedges, which are part of the permafrost. Credit: Anna Liljedahl photo

A $3 million National Science Foundation grant will develop and establish the Permafrost Discovery Gateway, an online resource that will support scientists as they work to better understand changes in permafrost in the Arctic.

A group of institutions, including the National Center for Supercomputing Applications (NCSA) at the University of Illinois at Urbana-Champaign, will seek to combine expertise across a variety of disciplines, including high-performance computing, geospatial mapping, and atmospheric sciences, in order to provide one of the most accurate and high-resolution permafrost documentation efforts ever. In turn, researchers hope this will ultimately help measure how our environment responds to a changing climate.

The new effort will leverage NCSA’s involvement in NSF’s envisioned research cyberinfrastructure for the 21st century, specifically around a component being developed for data management, curation, and analysis, called Clowder, itself at the heart of a recent NSF Cyberinfrastructure for Sustained Scientific Innovation (CSSI) award.

NCSA will play a critical role in transforming the experimental work done using artificial intelligence to detect permafrost features into operational workflows that are capable of providing accurate information about the changing Arctic.

Clowder will be leveraged by the Arctic Data Center to support the creation, sharing, and usage of derived data products from satellite data utilizing a number of community created machine learning models to identify permafrost artifacts within the imagery.

“NCSA strives to bridge and amplify the efforts it supports, identifying common needs around data, software, and computation and through that providing solutions that leverage activity from many different efforts towards a common more robust and sustainable long term solution. Clowder is one of those examples,” said Kenton McHenry, Principal Research Scientist and Deputy Director of Scientific Software & Applications at NCSA. “The Polar Discovery Gateway will leverage Clowder to provide a user friendly web interface, what is known as a science gateway, to advanced machine learning and data discovery tools allowing scientists to more easily explore the data and create new derived data products around permafrost changes in the environment.”

You can read the full news release below:

A new online scientific resource will document changing permafrost conditions at the sub-meter scale throughout the Arctic, providing researchers, educators and the public with new opportunities for exploration and discovery.

The Permafrost Discovery Gateway, funded by a $3 million National Science Foundation grant from the Navigating the New Arctic initiative, will use satellite images and high-performance computing to document and display a variety of changes in the Arctic. Phenomena such as coastal erosion, landslides and thawing ice-rich permafrost will be combined with air temperature and precipitation maps. Together, the resource will help users form a detailed picture of Arctic change with a focus on thawing permafrost, providing information that can ultimately help inform policies and management in the Arctic.

UAF researcher Anna Liljedahl, the project lead, said the platform will be a user-friendly tool to explore a region that is being rapidly altered by climate change. The four-year effort, which will begin on Nov. 1, will be designed for use by both scientists and the public.

The online resource will include tools for visualization, analysis and processing of big imagery. Those features will allow users to document, explore and understand changes that have occurred in the Arctic, both large and small.

“The Permafrost Discovery Gateway will be a place for people to play with big datasets so that diverse peoples can create knowledge that is useful for them,” said Liljedahl, who works at UAF’s Water and Environmental Research Center.

Researchers from around the world have been collecting data about the Arctic for decades, including some of the information that will be used in the project. The Permafrost Discovery Gateway aims to make this information more accessible to everyone, since it is otherwise scattered across various locations or is too large to explore without technical expertise or access to supercomputers.

Liljedahl said an early version of the Permafrost Discovery Gateway will be available within a year. The research team will add features, refine the design and populate the online resource as the project continues, while gathering user feedback to guide its evolution.

“I think it’s unlike anything out there,” Liljedahl said. “Our combination of resources within the gateway can finally help people keep up with the rapidly changing Arctic landscape as it is transforming and at a scale that is relevant to people.”

The project webpage is available at https://permafrost.arcticdata.io/.