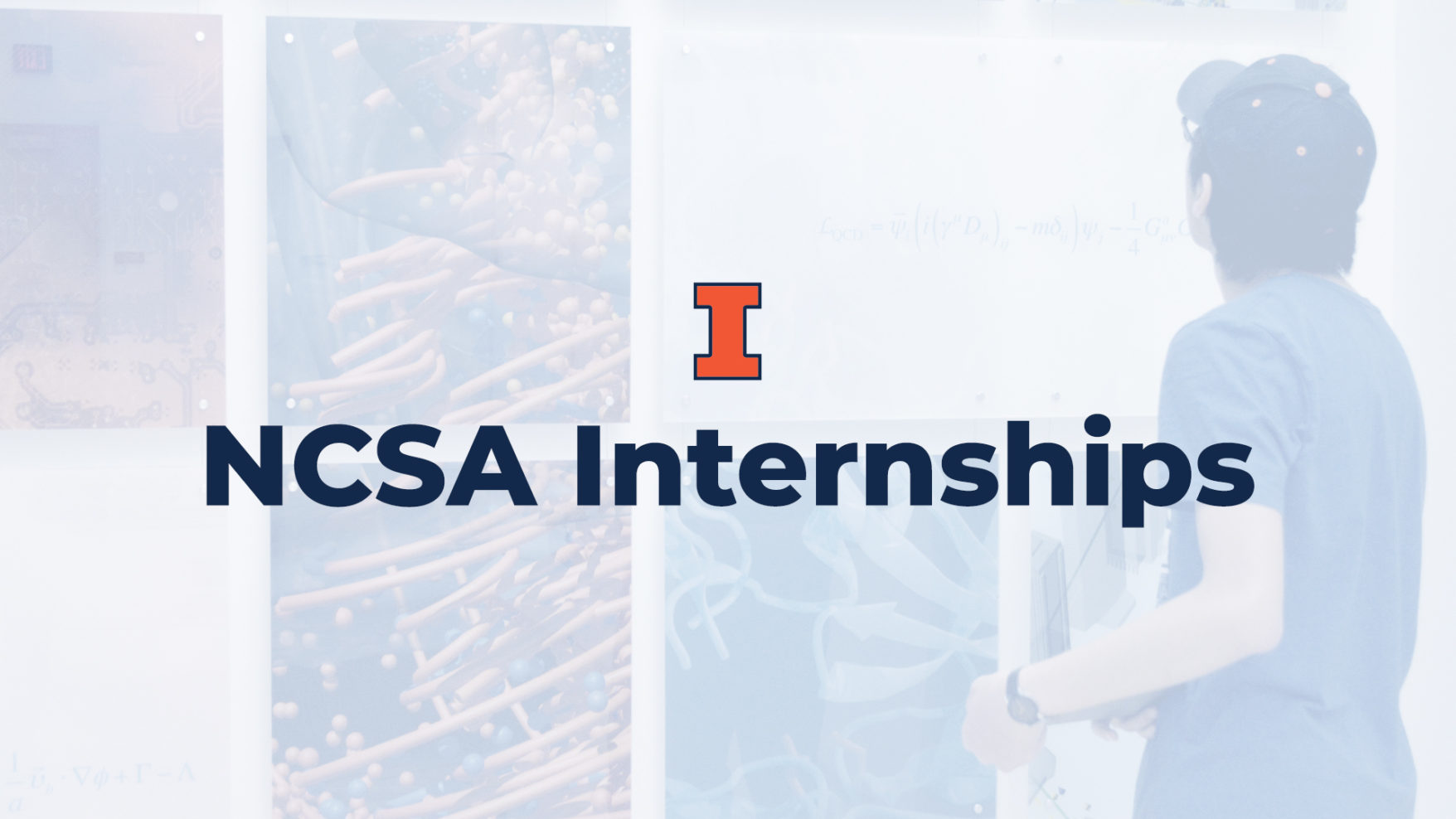 While many students spend their summer breaks relaxing, Australian students Edward Davis and Aviral Kailash Jain spent their summer break in Champaign-Urbana, working at NCSA as research interns. In Australia, summer break falls in January and February, which allowed these students to come to the states for eight weeks to work on data mining projects.

Thanks to the Queensland Undergraduate Research Projects Abroad (QURPA) program, these two students were able to travel to NCSA to gain vital research experience that further helps bolster their education. In addition to experience, this program provides students with a local mentor at their host site, and also helps to pay for travel and living expenses for the duration of the program.

This program has allowed me to work on serious problems in HPC and connect internationally with other researchers the technologies used by NCSA are at a much larger scale compared to what I had used before.

Davis and Jain spent their time at Illinois living in an on-campus apartment together, but as they came into NCSA, the pair would work on two diverse projects, with two different teams.

While here, Davis learned to analyze gravitational wave data with NCSA’s Gravity Group, which can be used to infer details about events like black hole mergers. Specifically, Davis worked on the scalability of training deep learning models created by the Gravity Group. The size of these astronomical problems require many resources to accurately train the model, but if the resources exist, the results of such work in deep learning can greatly accelerate scientific discoveries for astronomers.

Davis worked under Eliu Huerta, who served as his mentor at NCSA.

“Edward joined the Center for Artificial Intelligence Innovation and the Gravity Group to work on the development of artificial intelligence (AI) algorithms,” explained Huerta, director of the Center for Artificial Intelligence Innovation and lead of the Gravity Group. “He focused on designing and using distributed algorithms on deep learning clusters, in particular the Hardware Accelerated Learning (HAL) cluster at NCSA, to reduce the training stage of AI models. His work provided critical input for a white paper that was accepted to the US National Science Foundation Workshop on Smart Cyberinfrastructure and which is undergoing peer-review now.”

“He is also a co-author of a successful proposal that granted access to the Summit supercomputer at Oak Ridge National Laboratory to the Center for Artificial Intelligence Innovation. I look forward to continuing to work with Edward scaling up our AI models for multi-messenger astrophysics on Summit” continued Huerta.

Aviral Kailash Jain, on the other hand, focused on improving a human problem – identifying when a person has fallen down. Through his internship, Aviral worked on developing an end-to-end system aimed at helping to detect human falls in real-time, using a live video feed that would allow said system to determine whether a fall had occurred or not. This machine learning-driven approach is especially important for older people, as falls for them can often be life-threatening. The real life applicability of machine learning is what drew Aviral into the field.

“Aviral worked in the Innovative Systems Lab at NCSA where he contributed to the development of an AI-based real-time system for detecting when a person falls. He worked with other team members on the AI algorithm for detecting human fall and also worked with mobile platforms, Intel UP squared and NVIDIA Jetson TX2, to port the deep neural network model for real-time execution,” said Kindratenko. “His work with these mobile platforms serves as the foundation for the team to continue with the development of the system.”

Vlad was really helpful during my research project at NCSA. He was always available to give guidance or answer questions about the project. He also gave me a lot of freedom to try my own ideas during the project which made my research experience much more valuable since I learnt a lot that way.

Both Edward and Aviral came to NCSA with little experience in their respective fields, but left with an enriched knowledge on topics such as machine learning and physics, and a desire for more. This experience has left such an impact on Aviral that he plans on applying to Illinois for graduate school, and Edward was able to recognize a possible career path from his internship.