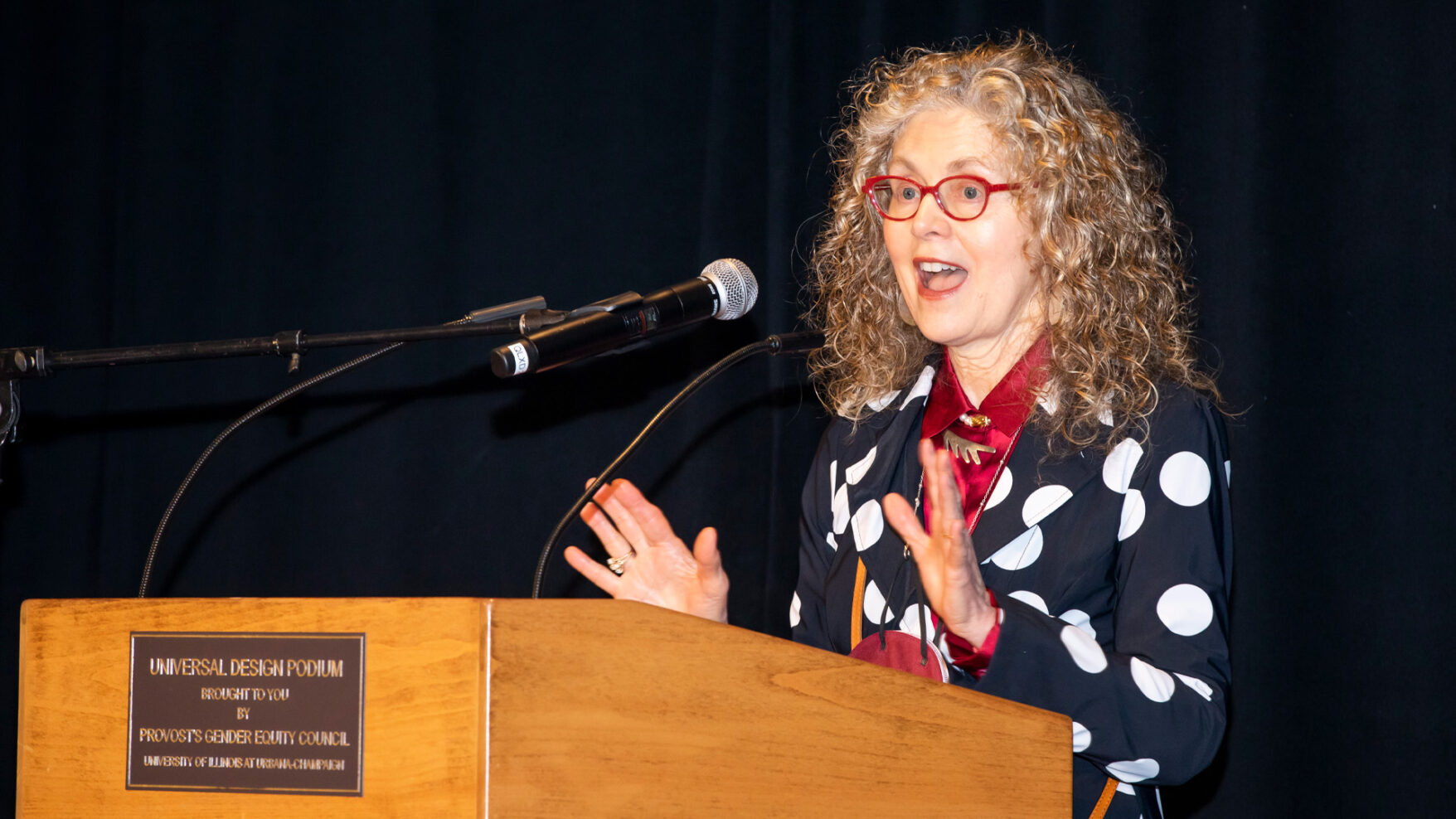 Donna Cox speaking at her retirement reception, held at the Krannert Center for Performing Arts on the University of Illinois, Urbana-Champaign campus.

About 200 well-wishers gathered on April 11 to recognize the stellar career of Donna Cox, who created the data visualization program at the National Center for Supercomputing Applications not long after joining the fledgling organization in 1986. Held at the University of Illinois’ Krannert Center for the Performing Arts, the event featured Cox’s beautiful visualizations of scientific data, from the sun’s surface to tornado formations, along with numerous print pieces from her archives. Cox retired from NCSA last July.

Along with University President Timothy Killeen and Vice Chancellor for Academic Affairs and Provost Andreas Cangellaris, other dignitaries traveled from both coasts to send Cox off. NCSA founder Larry Smarr and Jerry Fiddler, namesake of the Center’s Fiddler Innovation Fellowship, joined the festivities along with filmmaker Tom Lucas, who worked with Cox on fulldome productions. Speaking to the crowd, Lucas said he’d “had the honor of being an extension of her team, and we all became better for working beside Donna.”

In receiving a plaque honoring her achievements, Cox recognized the many colleagues in the audience with whom she worked over her 35 years at NCSA.

NCSA Director Bill Gropp also spoke about Cox’s contributions, concurring with Lucas saying, “her generosity of spirit, the energy she’s put into helping others, I don’t think you can grasp how much she has done for this campus and for NCSA in its mission in reaching out across campus and it’s many departments.”

In recognition of your years of service, commitment and dedication to our community, improving the lives of your colleagues and the broad scholarly community, and for your numerous contributions to NCSA and the University of Illinois. We would like to express our sincere appreciation for being a visionary pioneer, excellent agent of change, stalwart advocate, outstanding leader, valued mentor and extraordinary friend.

– Inscription on an award presented to Donna Cox