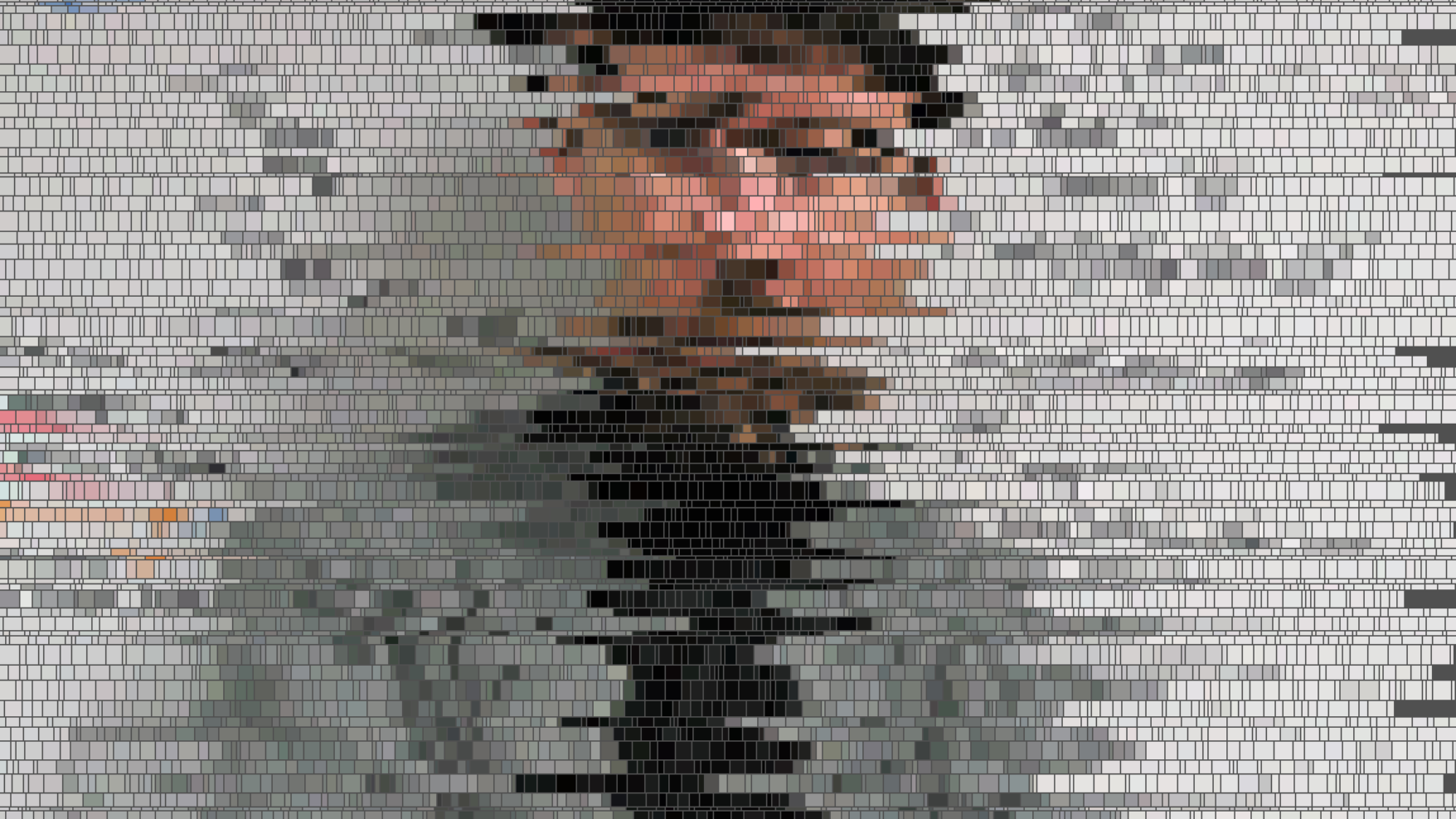 Have you ever wondered how the digital platforms we use, from our Twitter timelines to our Google search results, are influenced by those who create them? Or perhaps what’s behind the Non-Fungible Token (NFT) craze that’s taken the art world by storm this year?

In a technologically transformed world, software plays an important role in everything from finance to popular culture, evolving at a breakneck pace. In step, the broader study of software and its impacts is also constantly expanding, leading to a plethora of new and unique research opportunities.

Enter Ben Grosser, a researcher at the rapidly changing confluence of data science, computer science, software and art. Grosser, a co-founder of the Critical Technology Studies Lab at NCSA and an associate professor in the School of Art + Design at the University Illinois at Urbana-Champaign, has studied everything from the words used by Mark Zuckerberg to the demetrification of social media platforms like Facebook, Twitter and Instagram.

As an artist, I focus on the cultural effects of software. Thinking about how the way a piece of software is designed has profound effects on those who use it. Some of those effects are by design and well-intentioned. But as humans, we can’t help but embed our ideologies or ways of thinking in the software we make

Grosser highlighted this connection between culture and software in The Endless Doomscroller, a project inspired by the scroll-inducing events of the beginning of the COVID-19 pandemic.

“I noticed I was laying in bed way beyond when I meant to go to sleep, still scrolling for new information, even though there really wasn’t anything new to read,” explained Grosser. “I’d blearily give up on that only to wake up early and immediately get right back to the phone while still in bed to do the same thing over again.”

But out of all of this media-based doom, a familiar feeling clicked for Grosser.

“Whenever I experience a complicated emotional reaction or interaction with technology, that’s usually a clue for me to pay extra attention, particularly about the role of software in that exchange,” said Grosser. “The more I found myself lost and unable to stop scrolling, the more suspicious and critical I became at the same time.”

To examine this experience, Grosser built a site that looks and feels like a media platform, but has stripped out all of the extraneous information except for a few keywords from recent headlines. What results is an endless news feed of distilled headlines. By doing this, The Endless Doomscroller can illuminate to the user just how much influence those platforms have on everything from public opinion to individual emotional experience.

Another instance of Grosser’s research that focuses on the concept of human emotion and algorithmic control is Not For You. Billed as an “automated confusion system” for the popular app TikTok, Not For You automatically plays various TikTok posts to confuse the built-in algorithm that’s meant to tailor to the user’s personal preferences.

In addition to confusing TikTok’s famed video recommendation tool called the “For You” page, Not For You also illustrates a few important truths for social media users.

“The design of the system is not to give you what you want or need,” said Grosser. “It’s to give you whatever it can to keep you on the platform, to keep you watching, scrolling, and clicking. TikTok, like most other social media platforms, is focused on the extraction of user data and the production of engagement. Knowing how users feel and think and what will most engage them – that’s what’s most valuable to companies like TikTok.”

This valuable data creates an interesting contradiction for social media users: Give a platform information about you in order to get personalized content. As Grosser explains, the value of these platforms isn’t black and white.

“Users do get value from the platforms they use, but in terms of power relations, the user is always in a lower position. We’re constantly adapting ourselves and internalizing their algorithms, trying to find our way on their platform,” said Grosser. “The idea behind Not For You is to provide a potential for a user to experience the system without being entirely subject to the ways that platform decides what you get to see.”

This idea of digital value and what it means to the user is also visible in Grosser’s latest project, Tokenize This, which challenges the world of NFT “cryptoart,” a niche that has exploded in popularity over the past year in a sort of digital gold rush.

Think of an NFT as a certificate of ownership of a digital object, like an image-based artwork. The artwork itself is digital, so and infinitely reproducible, but an NFT of it is a finite, a non-reproducible token much like a collectable item would be. These tokens are bought and sold, similar to an exchange of cryptocurrency.

Tokenize This takes the NFT concept and critiques it by offering users “unique digital objects” that can only be viewed once. These objects, which take the form of a custom gradient image with embedded code and a corresponding access URL, become inaccessible as soon as the original visitor closes the browser. While someone could later “mint” an NFT of that object if they wanted to, they’ll never be able to see the object itself.

“A primary effect of the NFT is the creation of artificial scarcity for infinitely-reproducible digital objects,” explained Grosser. “A number of digital artists are excited about NFTs as a new way to monetize their work. But this rapid injection of a lottery-style gold rush into the digital art space has refocused many artists away from their typically critical positions (e.g., of digital culture) and towards the creation of work that looks like ‘art’ to the speculative finance crowd. Further, recent analyses have shown that, just as with the traditional art market, a small few are making the big money while the majority of artists are making little or even lose money on NFT sales.”

Through all three of these projects, Grosser has found ways to both destroy and understand the expanding digital world around us. His research, supported by NCSA, has made recent appearances in Vice, ABC News, Vox, Wired, and more.

“I like to mess with things. To me, it’s an important way of navigating the world of technology. So much of our experience of the digital is about conforming to it, adapting to it,” concluded Grosser. “I reject that adapting to the system is the only way of contending with technology. Manipulation, experimentation, and play are the tactics I advise.”