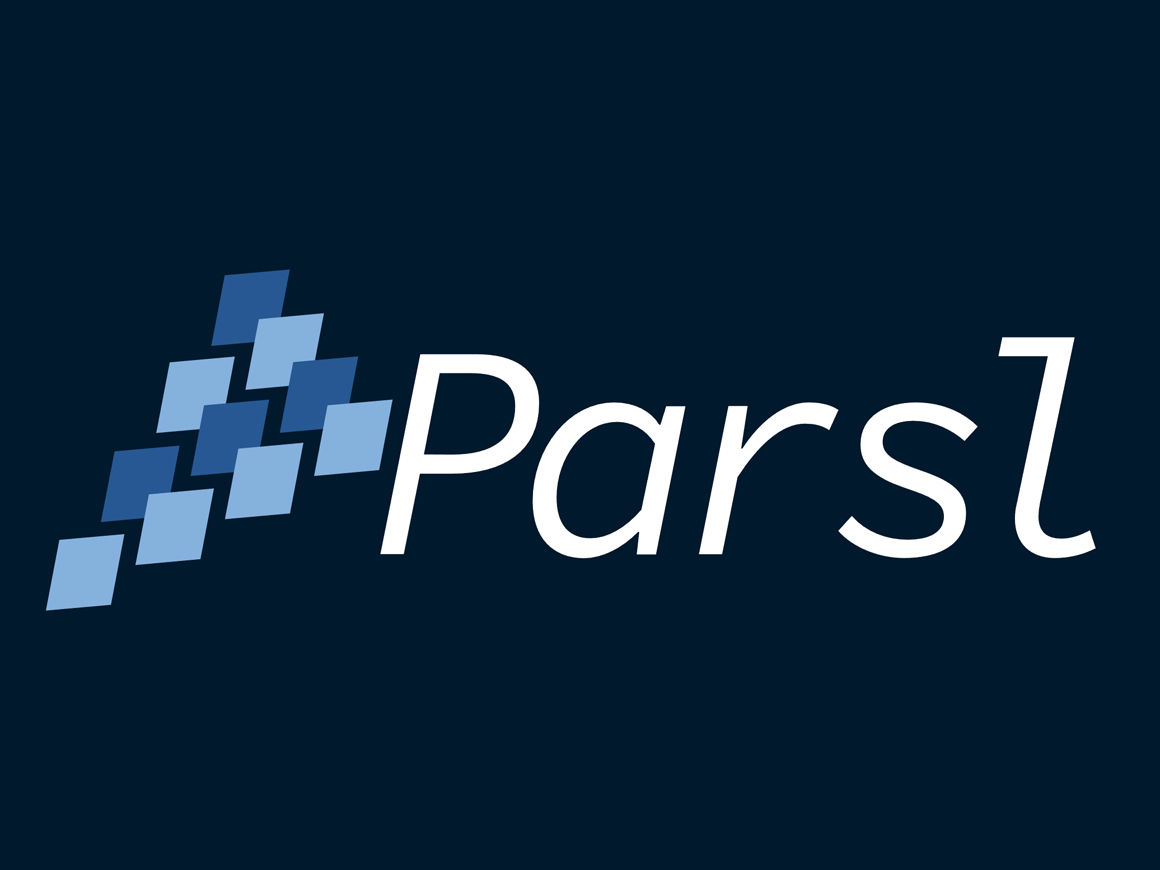 An image of the Parsl Logo

Scientists and researchers have, for years, become accustomed to utilizing desktops and laptops to aid them in their work. Supercomputers, however, still remain a daunting tool for many who could benefit from their use. That’s where Parsl comes into play.

Parsl, co-founded by Daniel S. Katz, NCSA chief scientist, debuted in 2017 as a way to help those new to supercomputing figure out how to work with a scaled-up infrastructure. Using the popular programming language, Python, Parsl was created to assist in programming and executing data-oriented workflows in parallel.

The Parsl project’s involvement in advancements like helping with sustainable agriculture projects, screening for COVID-19 drug candidates, and aiding researchers at the Argonne Leadership Computing Facility (ALCF) accelerate science illustrates how successful the project has been. Now, with the aid of two new grants, the Parsl project will pivot to its next phase. With the help of funding from the National Science Foundation and the Chan Zuckerberg Initiative, one of the Parsl project’s new focuses will be on sustainability.

It’s important for NCSA to have a set of software technologies that we can bring together to build solutions for our collaborators and partners. We see Parsl as one of these technologies, which we are using in projects like CEESD, where we use it for computational modeling of scramjets, and digital agriculture, where we use it to scale up data processing to understand and predict crops on a state-to-national scale. For tools like this that we depend on, it’s essential for us to have a path to make them sustainable, and these two new grants will allow doing this, in collaboration with our partners at Chicago and Argonne.

Sustainability is only one goal of the next phase. Community outreach is also part of the plan. The project will further support the growing open-source Parsl community, bringing in new users and new contributors who haven’t had the opportunity to engage with Parsl before.

“We want to build a community-governed project that’s really owned and operated by the community,” said Kyle Chard, Research Associate Professor at UChicago CS and lead of Parsl. “We want to see it having an impact pervasively across research, and we want to democratize the ability for researchers to be able to run their analyses, their simulations, their machine learning models at much larger scales than they can do today, enabling them to very easily go from their laptop to a cloud or institutional cluster all the way up to a supercomputer.”

In addition to community outreach and sustainability, the next phase of the Parsl project will also include work to make it more appealing for biomedical researchers to use. The software will be restructured to work with popular workflow languages like WDL and CWL.

“One of the things we’ve proposed is to integrate with tools that are already used by the biology community,” Chard said. “Our hope is to augment that ecosystem with Parsl capabilities to basically enable these representations to run at much larger scales. Parsl is really trying to make that a lot easier by coming closer to the user’s Python environment, enabling them to do their work and leverage these much larger-scale resources without the same barriers.”

NCSA strives to be a part of innovations that make using computing resources simpler and less intimidating. Our dedication to supercomputing and cyberinfrastructure is exemplified by the creation and continued development of tools such as Parsl. Through these tools, NCSA brings new scientists and researchers into the supercomputing process, demystifying the technology and making our resources more accessible and approachable for new communities every day.

You can read the full story here.