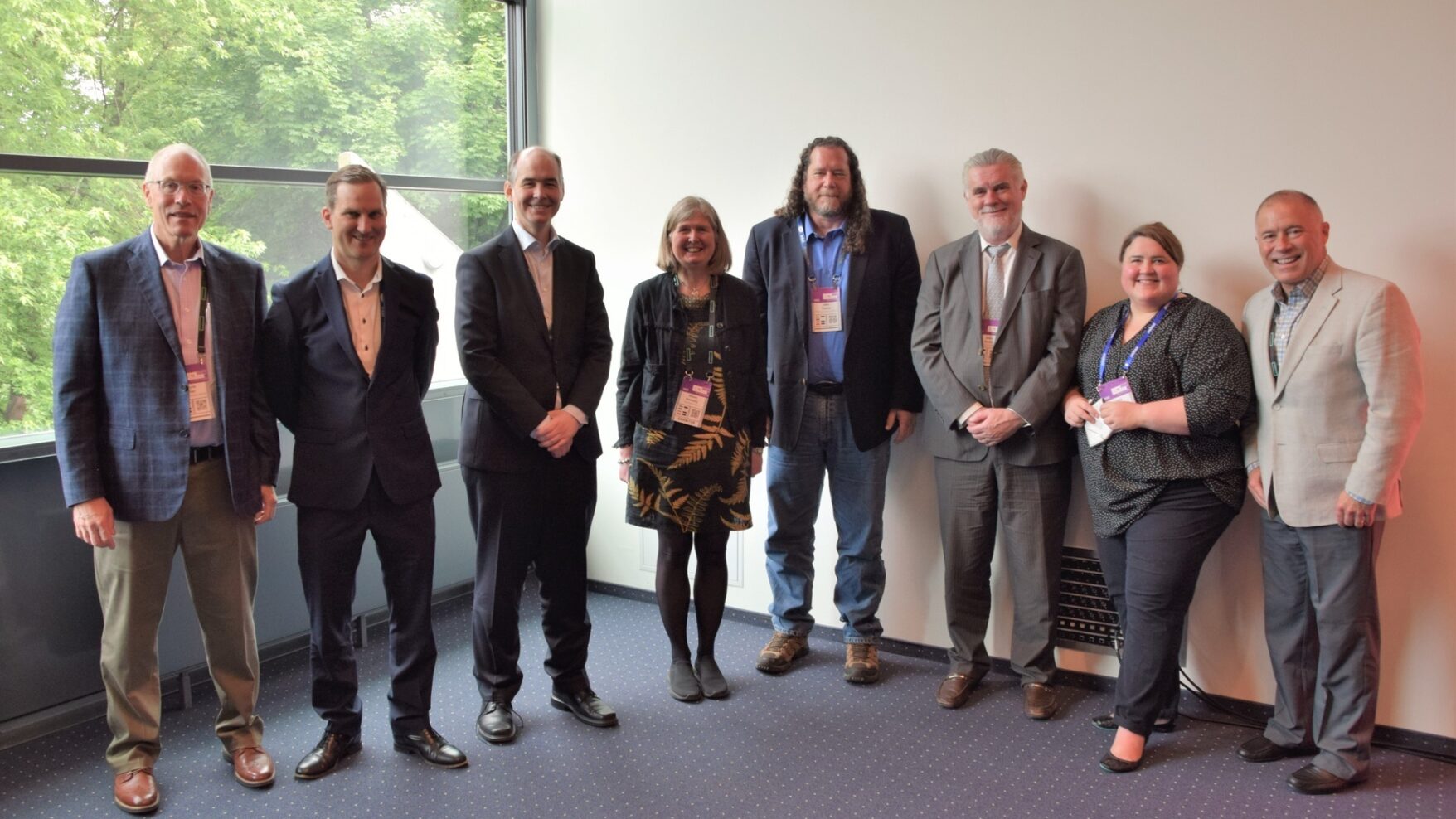 The International Association of Supercomputing Centers (IASC) debuted earlier this year with four representatives from organizations around the world. The representatives came from the founding institutions for the IASC, and included Michael Gleaves, former deputy director of the UK’s Hartree Centre; Wayne Miller, deputy director of the HPC Innovation Center at the U.S.-based Lawrence Livermore National Laboratory (LLNL); Brendan McGinty, director of industry for the National Center for Supercomputing Applications (NCSA); and Laura Schulz, head of strategic development for Germany’s Leibniz Supercomputing Center.

IASC was formed with the goal of bringing the nearly 100 publicly funded supercomputing centers together in the hopes that the shared knowledge will help individual member institutions resolve issues and optimize their services. Supercomputers have their own unique set of hurdles to overcome, and there are several approaches to making the resources available to the public.

“Worldwide, there are about a hundred publicly funded supercomputing centers which exist to serve a user community for – more or less – public benefit,” Miller explained. “And of these many, many centers (representing many, many billions of dollars), there is no organizational body that lets them come together and talk about common challenges and best practices. And simply, that’s what this organization, IASC, is intended to be.”

Sometimes the obvious next step requires the right group of people to come together to plan and get it rolling. Wayne Miller connected with the others, in what Shulz described as an “out of the blue” moment, and proposed his plan to start up what would become the IASC. That’s when these four representatives started building on Miller’s idea, and the IASC began to form tangibly.

The group met biweekly for a couple of months. The four different centers each had similar resources, but slightly different purposes. Their conversations only strengthened their resolve to commit to the idea of the IASC. Even in their small group, they could see the potential of an international supercomputing organization.

“It’s really amazing,” Schulz said. “We get on the concept of net-zero and energy efficiency and ‘What are you guys doing, and how’s it different from [in] Europe? What are you doing for setting up quantum computing within your compute center? How is that going?’

“We just realize[d] the power for the four of us and how that would be amplified to a global community,” she said. “There are some really interesting conversations…all the way from the national lab level down to regional centers – everybody has different tactics, and I think that there’s so much insight and cleverness from solutions that can be garnered, shared and then inspire other organizations to maybe find a solution that they hadn’t thought about yet.”

Together as a group, the representatives presented their proposal for the IASC in a Birds of a Feather (BoF) session at the International Supercomputing Conference (ISC) 2022.

There has been great interest in where IASC is going, what types of challenges can be addressed together, and how smaller inter-center efforts can be a part of it. We certainly intend to be inclusive and collaborative every step of the way while we hear from others on past experiences, approaches and future direction.

After the successful BoF session, the four organizations officially signed on to the IASC. With the four founding-member institutions on board, they began spreading the news about what they were sure would be a popular organization.

“We have had an enthusiastic response to the creation of the IASC from major compute centers across the globe, including LLNL, and also from more topical centers serving smaller user communities,” Miller said. “We also are talking to regional center associations that represent many constituent centers; all are facing the same problems and are welcoming this opportunity to have a broader, problem-focused collaboration. The common refrain we’re hearing is: ‘I’m surprised this doesn’t exist already.’”

As one of the original supercomputing centers in the U.S., NCSA is glad to lend its expertise and support to the team at IASC.

“IASC represents the opportunity to address common challenges in supercomputing centers around the world – talent, resources, diversity, unique compute architecture,” said Brendan McGinty. “Industry has long provided some of the largest datasets from which supercomputers have solved the grandest of challenges. The evolution from petascale to exascale in a decade, combined with the confluence of AI on traditional HPC-domain solutions, has accelerated the time to and depth of solution. Industry has now fully caught up to advanced computing and that marriage has never been more important. It will take collaborations between centers with like talent and resources to address all the opportunities to help us all to evolve.”

Some representatives have changed since the organization announced that they officially added LLNL to the group in August, but that hasn’t changed their next step. Members of the IASC presented a BoF session at this year’s Supercomputing Conference in Dallas, TX. The BoF session was led by Laura Schulz along with Judy Hill, group leader for the vendor and scientific computing group, who will take over as the LLNL representative, and Colin Morey, the new Hartree representative from the Science and Technology Facilities Council.

The discussion during the SC BoF further reinforced the community interest in IASC serving as a nexus for information sharing and collaborations between HPC centers. Suggestions for potential topics of mutual interest included center-wide monitoring capabilities, common HPC benchmark sets, and the future of quantum computing in an HPC data center.

The BoF session at SC22 focused on describing the proposed IASC organizational structure, topics ripe for collaborative discussions amongst member organizations. Presenters also discussed the next steps for IASC in the coming months including holding community workshops to gather input from a broader set of HPC centers. The input IASC members received from audience participants at the BoF will help them guide the formation of working groups around common topics of interest to HPC centers.

NCSA looks forward to continuing the proud tradition of leadership within the supercomputing industry by helping to grow the IASC into an international group full of centers of all sizes, each aiding with knowledge and expertise learned from years of working with supercomputers and the public.