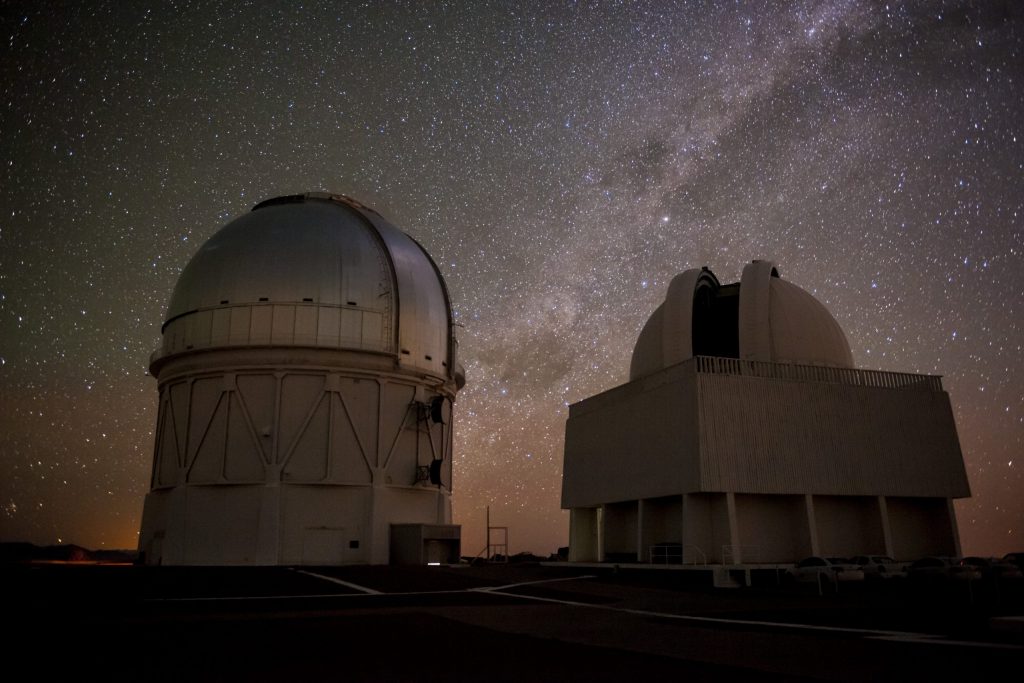 Observations for the Dark Energy Survey were carried out, using the Blanco Telescope in the Andes mountains of Chile. Scientists used its data to create a map of dark matter in the region of sky that contains the Eridanus supervoid and CMB Cold Spot. Photo: Reidar Hahn, Fermilab

NCSA-supported research could mean the universe is expanding even faster than expected.

The Dark Energy Survey, a collaborative effort among dozens of institutions worldwide, including NCSA, studies the effect of dark energy on the acceleration of the universe. A recent effort to map the Eridanus supervoid, a massive void in a cosmic web of galaxies near Earth, verifies its existence which could help determine if the universe is expanding faster than expected.

The Dark Energy Survey was designed to be a foundational dataset for dark energy science, and now it has, again, proven to be so for the astronomical community as a whole.

“This highlights the importance and impact of building robust and state-of-the-art data sets; they enable unique analyses about fundamental and important questions – sometimes questions we hadn’t thought to ask when the original experiment was being designed.” – Joaquin Vieira, DES member and director of CAPS at NCSA