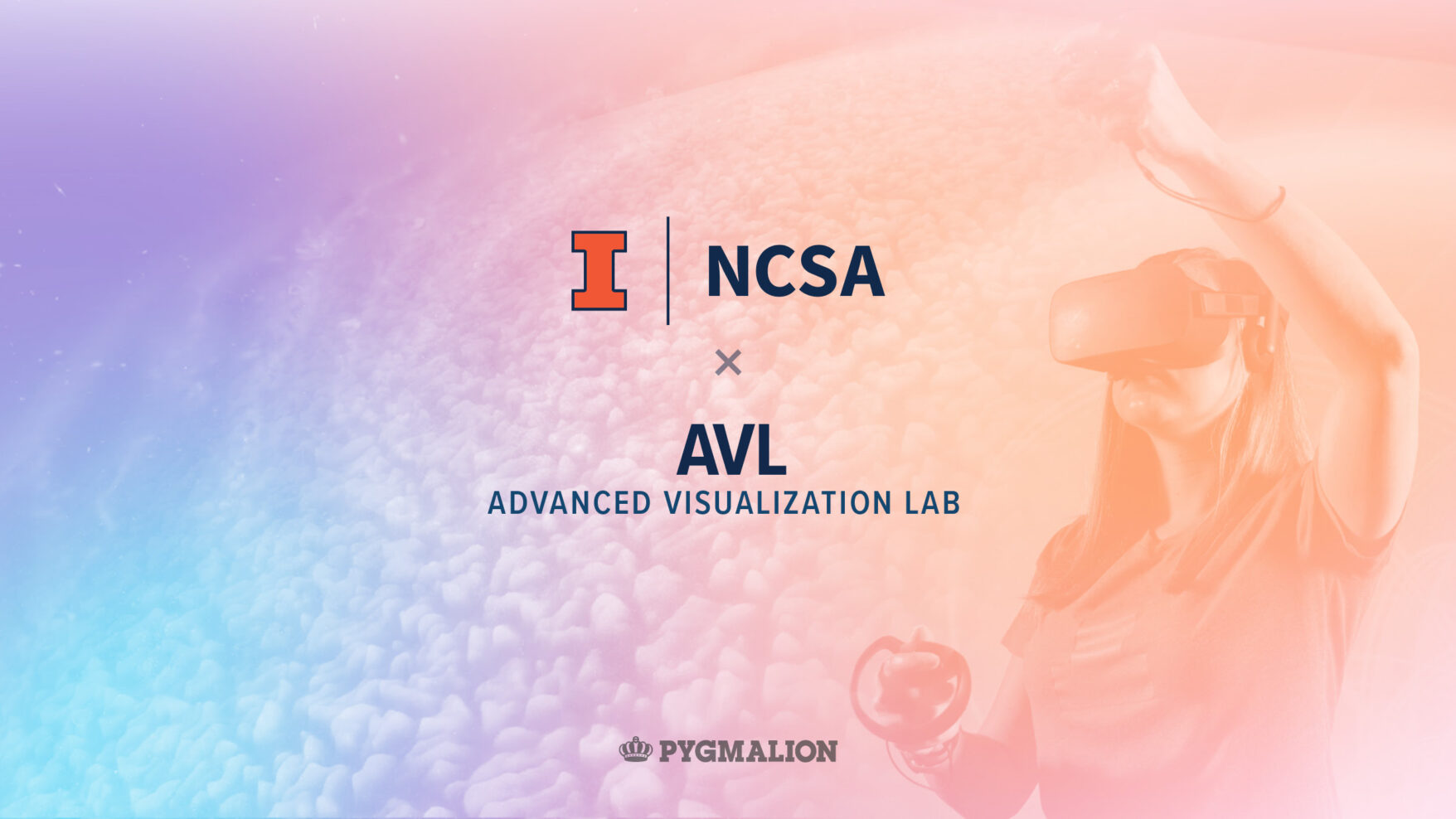 More than 50 people got to experience virtual reality at the National Center for Supercomputing Applications booth at the 18th Annual Pygmalion Festival held in Urbana September 22–24. NCSA exhibited on Saturday, offering three different visualizations of scientific data via VR headsets.

Visitors as young as 2 years old donned the futuristic-looking headwear that immersed them in a trip through space, solar flares and photosynthesis. NCSA’s Kalina Borkiewicz, lead, and Jeff Carpenter, research visualization designer, both with the Advanced Visualization Lab, created scaled-down versions of dome show experiences for the event.

We saw many pure reactions of awe and wonderment to AVL’s visualizations. Technology can feel intimidating, so we’re honored that folks were open to trying a VR experience and encouraging others to visit our booth. It’s exciting to bring NCSA’s work directly to the community in a portable format – we can take this experience nearly anywhere.

Some visitors were fortunate enough to meet Stuart Levy, AVL senior research programmer with NCSA, who happened by the booth and spent some time explaining how the visualizations were created to attendees. NCSA’s visualizations have been seen around the world and have even been nominated for Academy Awards. The team most recently produced Atlas of a Changing Earth, featured at this year’s SIGGRAPH conference.

NCSA’s AVL visualizations have been narrated by Leonardo DiCaprio, Benedict Cumberbatch and others, and its Cosmic Voyage documentary was nominated for an Academy Award. NCSA is planning on offering both the virtual reality and auditorium experiences of these award-winning visualizations when it resumes tours in 2023.