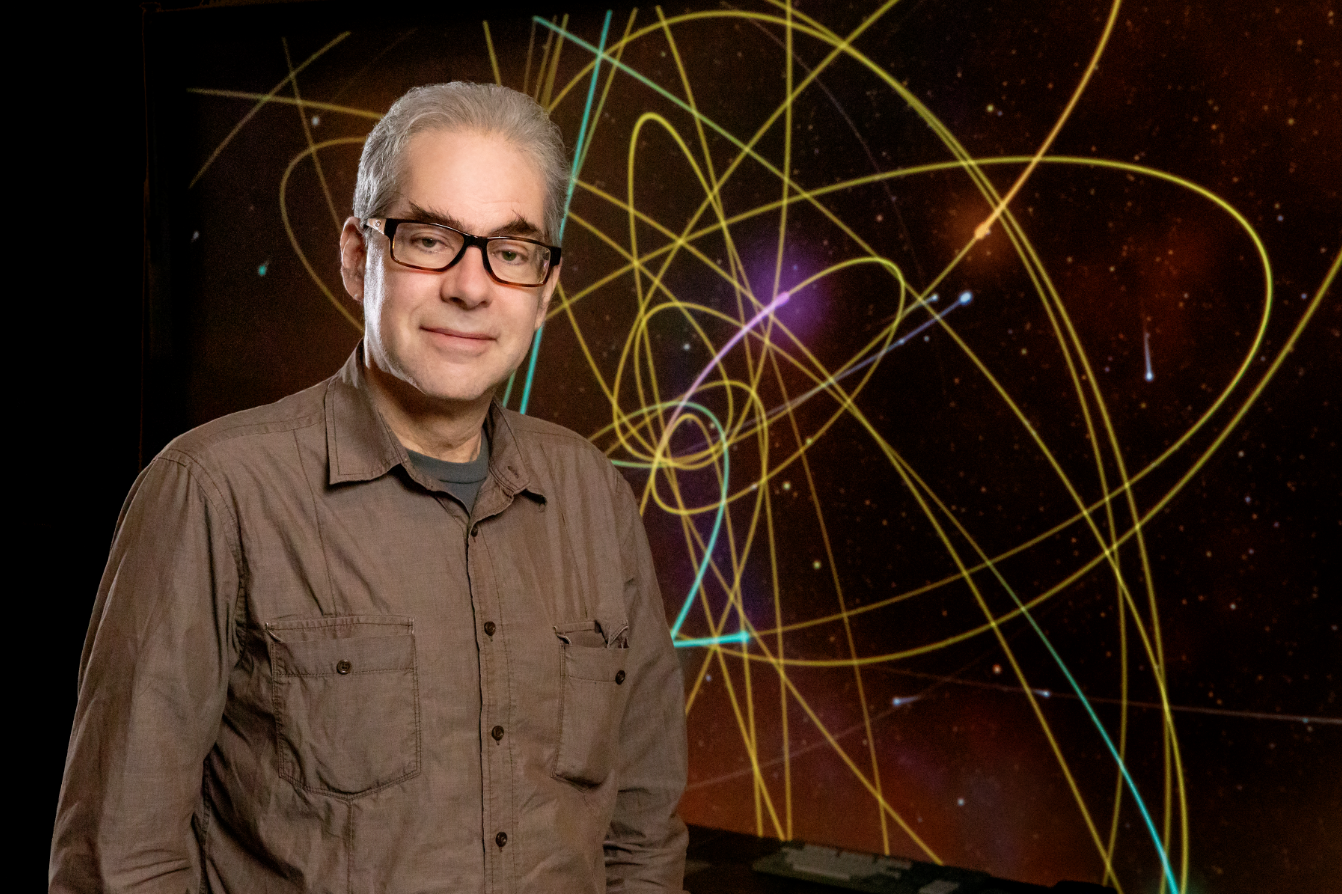 The work that comes out of the Advanced Visualization Laboratory (AVL) at the National Center for Supercomputing Applications (NCSA) has been featured everywhere from museum exhibits to full-dome interactive experiences and even critically-acclaimed feature films. Behind these jaw-dropping visualizations, however, are a team of scientists and artists who work together to take vast amounts of data and transform them into something tangible that humans can watch.

The CAPE award is the most coveted Academic Professional award for this campus and is only given to individuals who excel in research, education and service. CAPE awards are highly competitive and require rigorous review. We are thrilled that Stuart was lauded by both external professional organizations, as well as internal faculty. Stuart’s achievements have had consistent international impact over his long career at the University.

Levy, who started as a Senior Research Programmer at NCSA in 1997, has focused his work at the important confluence of technology, design, and dense science, has been crucial in AVL’s mission to convey complex science in an accessible way for public consumption.

But beyond those professional accolades, Levy has also had a pronounced human effect on fellow NCSA researchers and students.

“I have had many excellent programmers in my group that have gone on to work at places like NASA, Google, and Microsoft,” said Larry Di Girolamo, Blue Waters professor of Atmospheric Sciences at the University of Illinois. “Stuart’s influence on their development has been extraordinarily valuable. Often, they would come back from a meeting with Stuart and comment on his brilliance, helpfulness, and humility. He’s a fantastic role model.”

“Stuart has given his precious time freely to help many out,” continued Di Girolamo. “He is genuinely interested in helping people and in advancing science and society. He asks all the right questions and produces outstanding work.”

It is no doubt that Levy has had a profound impact on NCSA and the University of Illinois as a whole through his decades of public service and research contributions, but what’s more, the quality of his work has been noticed by his peers across campus and the world.

Find a full description of the CAPE Award below:

Each year, the Council of Academic Professionals forms the committee to evaluate and select six recipients from those nominated for the Chancellor’s Academic Professional Excellence (CAPE) Award—designed to recognize demonstrated excellence by academic professional staff on the Urbana campus, including off-campus staff of Continuing Education and Public Service, and Cooperative Extension Service.

Nominees are judged on three criteria: work, personal, and professional contributions, defined below in order of importance for the award. Usually nominees will excel in all three areas, but individuals may be nominated for uncommon strength in one or two.

Each winner of the CAPE award will be honored at a reception hosted by the Chancellor, receive a $1,000 award and a commemorative plaque.

How well the nominee advances the mission of his or her home unit and the campus within the context of the campus’ traditional missions of teaching, research, and public service. There should be an explanation of the work of the individual and the impact of that work.

The positive impact the nominee has on others: faculty, staff, students, and members of the public. In addition, there should be an explanation of the way in which the nominee meets the special demands of his or her workplace.

The contributions the nominee has made and the recognition the nominee has received in his or her professional field including publications, participation in professional societies, and committee work. In addition, there should be a discussion of the nominee’s impact at the regional, national, or international level, if applicable.