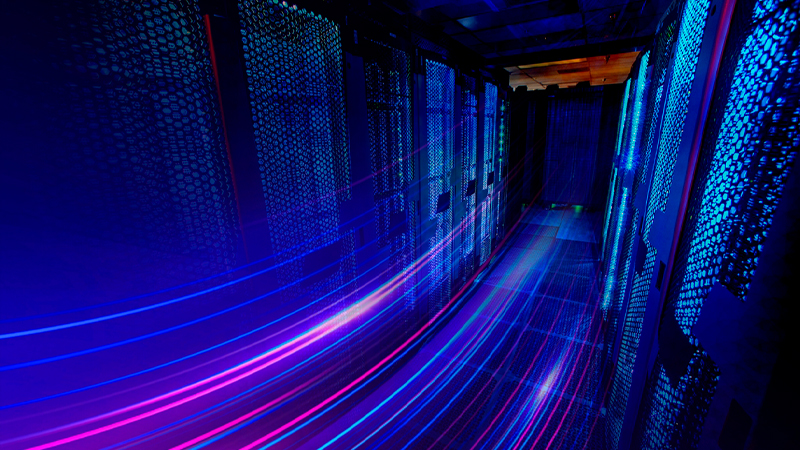 Taiga, the National Center for Supercomputing Applications’ Center-wide file system, recently received a round of updates that nearly doubles its capacity and improves its performance speed to provide researchers with an upgraded centralized storage system that seamlessly aligns with other NCSA cyberinfrastructure.

Launched in 2021, Taiga was integrated with all non-HIPAA environments in the National Petascale Computation Facility on the University of Illinois Urbana-Champaign campus. It initially had 10 petabytes (PB) of data storage and could operate at speeds of 80 gigabytes per second (GB/s). Now, Taiga can host up to 19 PB of data and run at speeds up to 110 GB/s.

We were running out of space on the initial 10 PB system. It was 84 percent full and we had 3 PB of data waiting to load in, so an increase in capacity was needed.

Taiga stores data for researchers to use across multiple platforms, including Delta, HOLL-I, Radiant and HAL. This allows researchers to access their data on multiple systems simultaneously, improving their ability to run science pipelines across batch, cloud and container resources. Taiga is also well aligned with the Granite Tape Archive to allow users to readily stage out data to their tape allocation for long-term, cold storage.

This is the first capacity and speed expansion for the system since it began operations more than a year ago, spurred by the increasing amount of data and work being done on NCSA systems.

“This expansion will allow for more projects to leverage Taiga and it makes Taiga faster, which enables all researchers who use it to get more out of the service and speed up I/O bound research workflows,” Maloney said. “It’s more than an auxiliary file system. We’re aggressively positioning it to be NCSA’s primary file system for active data.”