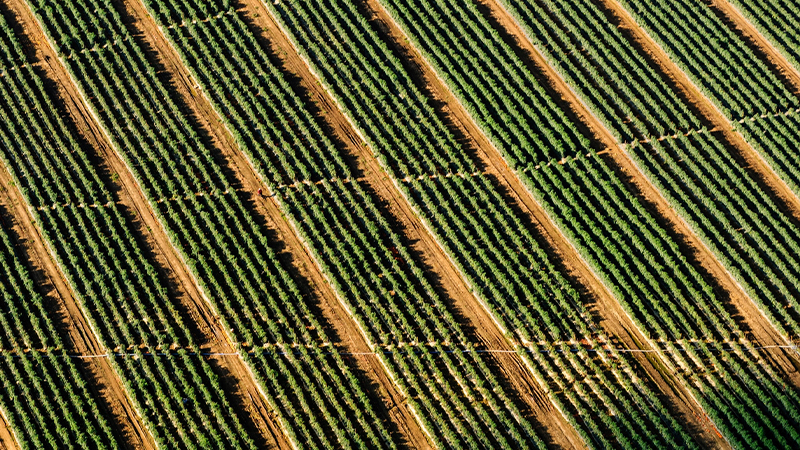 Farmers have typically defined marginal land as land that is low quality and not typically used for food crop production. Since crops raised strictly for bioenergy production can grow on low-quality land, there is great interest in the potential of raising energy crops on marginal land.

A team of researchers at the University of Illinois Urbana-Champaign set out to measure the amount of marginal land available in the contiguous lower 48 United States that could potentially be used to grow bioenergy crops. The team relied on 30-meter resolution satellite imagery, looking at which satellite pixels were permanently cropland, which were permanently grasslands, and which were frequently changing from one use to another. The pixels that were frequently changing are more likely candidates for economically marginal land, explains Kaiyu Guan, Blue Waters Associate Professor of Natural Resources and Environmental Sciences and NCSA at UIUC.

Using NCSA’s Blue Waters supercomputer, the team analyzed 9 billion pixels for each year of the eight years of satellite data. They developed an algorithm using multi-source data as constraints that allow them to identify where they were confident in classifying land, and where they were uncertain. NCSA’s Scientific and Engineering Applications Support group assisted the team, with Ryan Mokos enhancing the input/output (IO) issues and Roland Haas assisting with the installation and optimization of their codes on Blue Waters.

Results showed that the amount of marginal cropland was far less than estimated. The methods are still evolving and need further research to be precise and accurate, but the team hopes future work will provide a solid foundation to build understanding of which land is most suitable for growing energy crops.

You can read more about this work here.