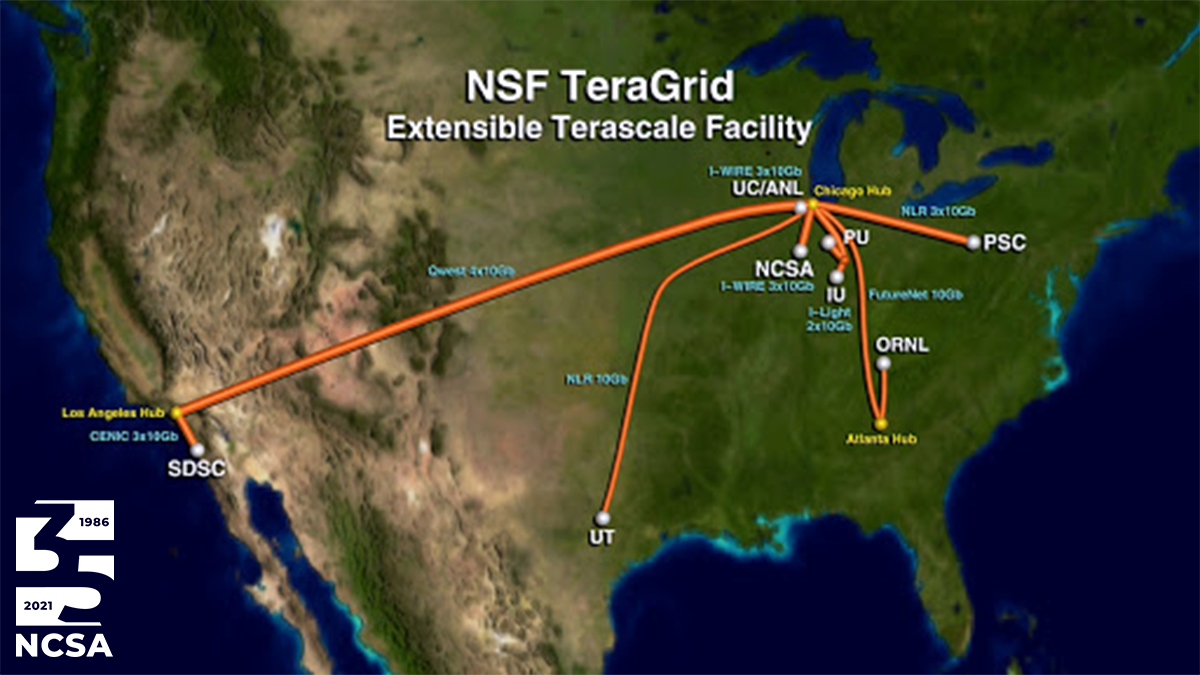 The National Science Foundation (NSF) has awarded $53 million to four U.S. research institutions to build and deploy a distributed terascale facility (DTF). The DTF will be the largest, most comprehensive infrastructure ever deployed for scientific research—with more than 13.6 teraflops (trillions of calculations per second) of computing power as well as facilities capable of managing and storing more than 450 terabytes (trillions of bytes) of data.

Besides offering the world’s fastest unclassified supercomputers, the DTF’s hardware and software will include ultra high-speed networks, high-resolution visualization environments, and toolkits for grid computing. All of these components will be tightly integrated into an information infrastructure dubbed the “TeraGrid.” Scientists and industry researchers across the country will be able to tap this infrastructure to solve scientific problems.

“Breakthrough discoveries in fields from biology and genomics to astronomy depend critically on computational and data management infrastructure as a first-class scientific tool,” said Fran Berman, director of NPACI and SDSC and a principal investigator of the DTF award. “The TeraGrid recognizes the increasing importance of data-oriented computing and connection of data archives, remote instruments, computational sites, and visualization over high-speed networks. The TeraGrid will be a far more powerful and flexible scientific tool than any single supercomputing system.”